5 differences between France and Poland 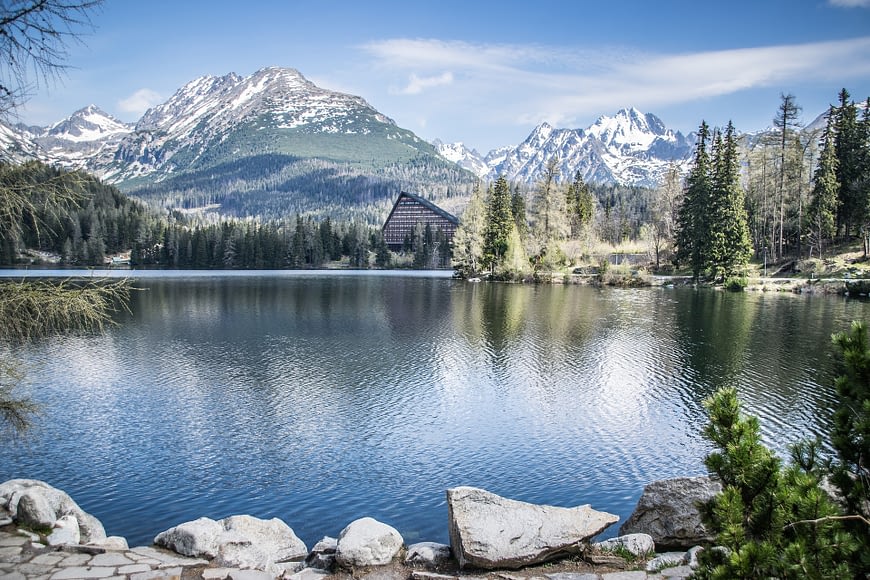 What are the differences between France and Poland?

Our article aims to show you the main cultural differences between France and Poland.

So how are the Poles compared to French people? This is what we will see with 5 differences that we found for comparison, thanks to our experience.

The French culture is partly Latin and this is especially felt in the south where there is a kind of nonchalance and easy human contact. The average Frenchman is also not very puritanical about sexual matters and there is a kind of irreverent free speech cult with a great freedom of tone. Although a certain amount of political correctness is gradually progressing in Molière's country.

On the other hand, Polish culture is Slavic and this is felt when visiting or living in this country. The proxemics (social distance) is somewhat different. For example, avoid kissing a stranger on the cheeks or touching the person too quickly.

The character of Polish people can also seem colder at first sight. It is actually only appearances, these people enjoy to party late in the evening and especially at Polish weddings. If you try it, hang on and get in shape ! Hope you enjoy vodka.

Poland was once a Soviet country. Part of the architecture of the buildings, especially in the big cities, is therefore in the brutalist or realistic style. In the large urban centers (rynek), the colorful buildings are very picturesque.

Although the Polish alphabet is Latin, the language is Slavic. So you will have to hang on and practice regularly to overcome the language barrier. However, most young people speak English fluently and some even speak French.

If we talk about work, things are quite similar in reality and the Polish people are hardworking. On the other hand, it is true that Poles have a little bit less of a strike culture.

Also avoid crossing the street when the pedestrian light is red ! This is quite tolerated in France but not in Poland where you risk a fine.

If France is the "eldest daughter of the Church", the law of separation of Church and state adopted in 1905 marks the birth of French-style secularism and its process of secularization.

Poland's Catholic side is one of its great cultural aspects. Poland has a long history with this religion, so does France. The Church retains a major influence in Polish cultural life and the conservative PiS party in power has tenuous ties that it does not hide.

You should also know that there has never been a cultural revolution such as May 68 as in France in Poland. The cultural left advocating the liberation of morals, if one can call it so, has little influence within the establishment in this Slavic country, although groups fighting against Polish conservatism are becoming more and more assertive, notably the international LGBT movement.

Poland seems increasingly divided and polarized politically speaking, as in the recent Polish presidential elections where the conservatives narrowly won.

Don't be surprised, however, if many Poles are blocking on certain societal issues, including abortion. Also, when it comes to romantic encounters, Polish women often make guys wait several dates before going to bed (if they get that far). It is less frequent and integrated to have sex on a first date compared to France.

Forget the stereotype of the Frenchman with his beret, thin moustache, sailor's hat, baguette bread under armpit and seductive manners. France has strong regional identities with accents, different dialects and customs. Even though all this has been somewhat mitigated by French jacobin politics and globalization.

Polish folklore is actually quite varied as well. For example, one can feel a German influence in the east in Gdansk or Wroclaw for example. While the culture is more mountainous in the Tatras. Slavicity is probably a little more marked in the east.

Dance is important in the Polish tradition and there are different styles. The krakowiak is danced in Krakow for example. And no, Polka is not so much Polish but is more Czech.

The Polish calendar is of course marked by several religious holidays. Note that on December 6th, Poles and especially children celebrate St. Nicholas' Day. The custom is to give each other gifts and sweets like at Christmas, which they celebrate the same way of course.

Finally, it can be perceived as rude to refuse alcohol on a Polish holiday. Just say that you don't drink and you'll see if you resist social pressure. Poles are proud of their many vodkas and some of them are excellent.

French gastronomy is worldwide renowned and many great chefs are respected internationally for their culinary prowess and varied cuisine. France is also the land of wine and is famous for its many cheeses.

What about Poland? The national dish is undoubtedly pierogi. They are raviolis (dumplings) with different fillings such as meat, cottage cheese, spinach and even fruit. That's something to surprise !

However, the traditional Polish cuisine, with for instance the bigos and the many soups, is not without reminding us of the French country cuisine with its generous aspect and its simple yet authentic products. We recommend to taste the smoked mountain cheese called oscypek and to taste it with jam, surprising for French people.

Do you like the Provence region in the south of France and its idleness with its beautiful Mediterranean beaches ? Well you should know that the south of Poland is different.

Indeed, it is in the north of Poland that you will find beaches on the Baltic Sea coast. The south, on the other hand, includes the mountain range of the Tatras and Podkarpackie Mountains. It is therefore a mountainous environment which is more a pretext for hiking and skiing than sunbathing on the beach. The mentality of the South Poles is therefore not quite the same as that of the Marseille inhabitants, for example.

However, one can find lavender fields in Poland and especially towards Warsaw !

Any question about living or investing in Poland ? Contact us.

Use our price simulator and present us your project. We will find the right property for you, here in Poland.
SIMULATE MY PROJECT